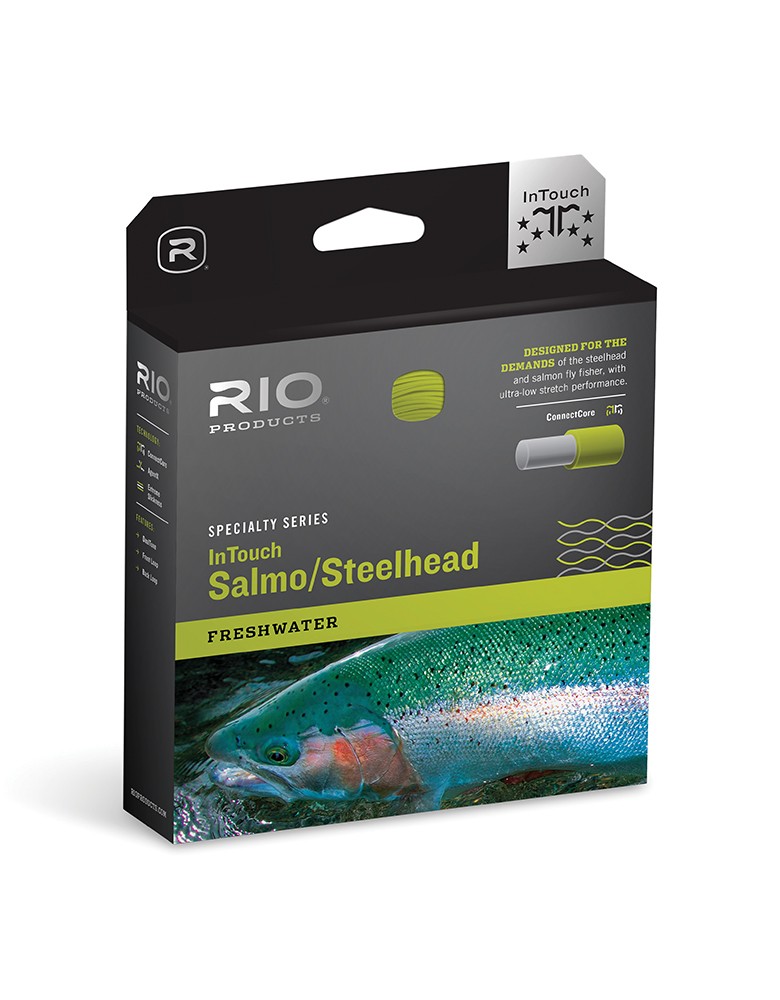 RIO’s InTouch Salmo/Steelhead line has been specifically designed to meet the demands of the modern steelhead and salmon fly fisher. The long head and rear taper allow anglers to mend and control the fly at great distance when fishing the swing. A powerful bullet front taper ensures the line easily handles large steelhead and salmon flies, while the rear weight distribution makes this a great line for single handed roll and spey casting. The line is built with a supple coldwater coating that ensures the line remains tangle-free. Built with ultra-low stretch ConnectCore Technology for the maximum in sensitivity, control and performance. The new F/S1 option has a long “hover” (1ips) super slow sinking head, seamlessly integrated into a floating rear taper and running line. This is a fantastic line for swinging just under the surface with small light flies that tend to skate and for windy days when the wind can affect the swing. It is a deadly line for Atlantic salmon and summer steelhead.