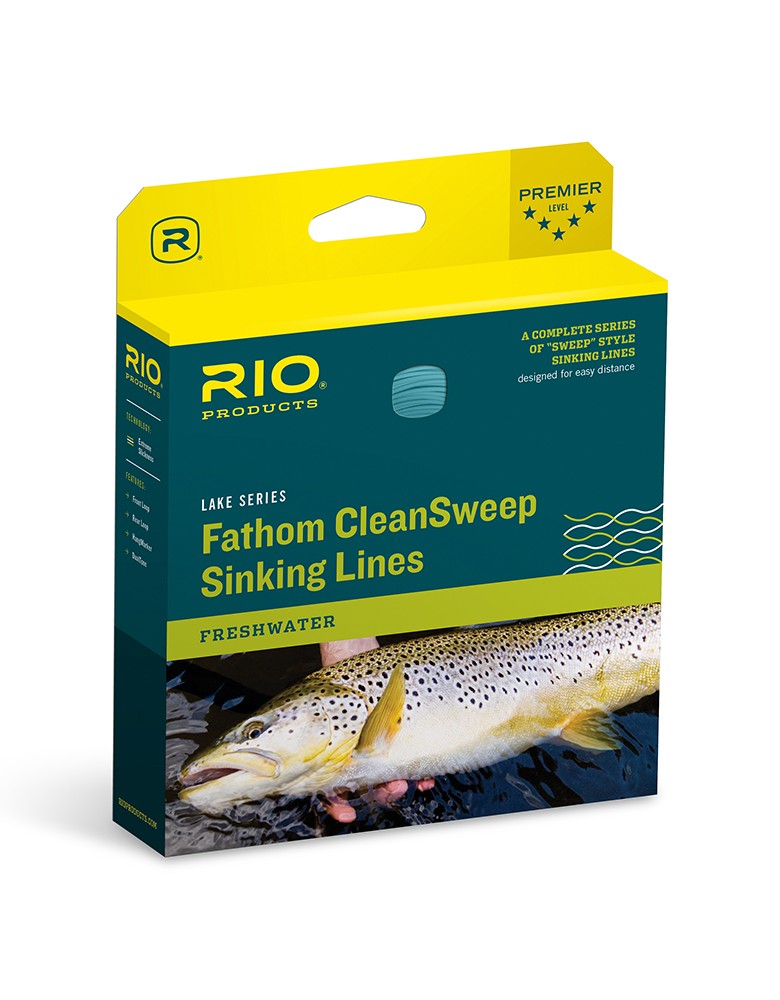 RIO’S CLEANSWEEP LINES are a series of sinking lines built with a clear intermediate front end, seamlessly attached to a faster sinking body section and then to a slower sinking running line. This blend of sink rates results in a deadly fly path through the water, with the line “sweeping” the depths during a retrieve - from the surface, to deep, and back to the surface again – covering a multitude of depths with each cast. Each line has a short, quick-loading head for minimizing the number of false casts, and a Hang Marker that shows anglers when to stop stripping.