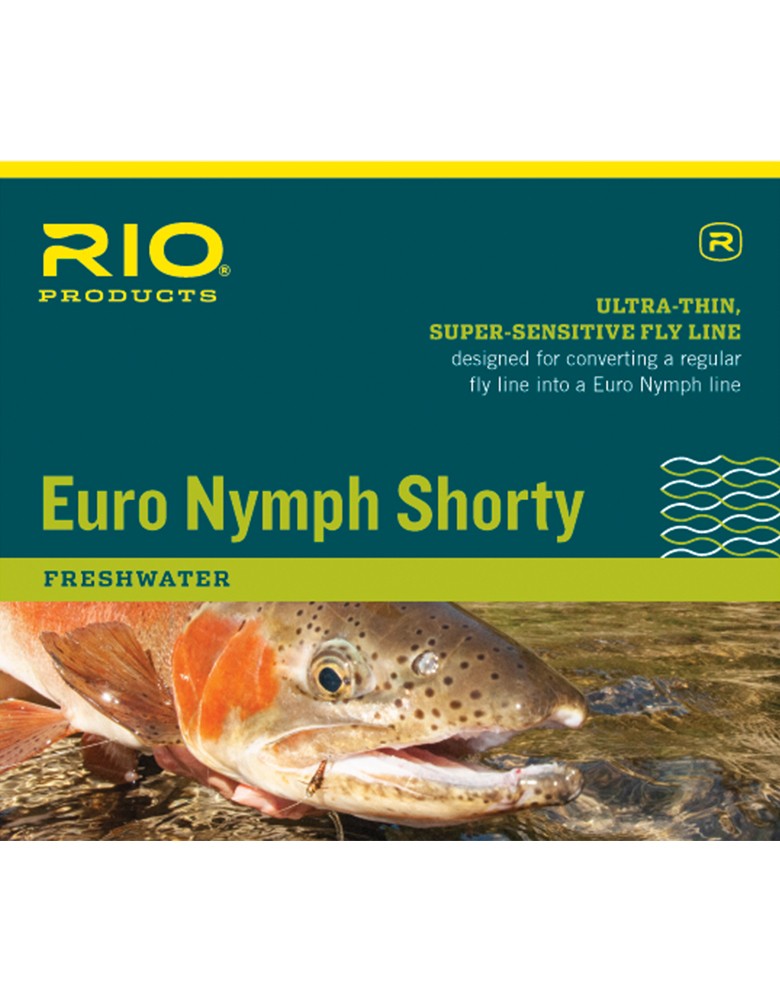 RIO’S EURO NYMPH SHORTY is an ultra-thin, super-sensitive fly line designed for Euro nymphing. The line is deliberately made short (20 feet) so it can be added to the front end of a regular fly line utilizing the thin welded loop on each end. The idea is that anglers can fish their normal fly fishing style with their regular trout line, and when they come to a run they want to fish Euro nymph style, they simply loop the Shorty on and start nymphing. Quick, easy and no need for an extra rod or reel.