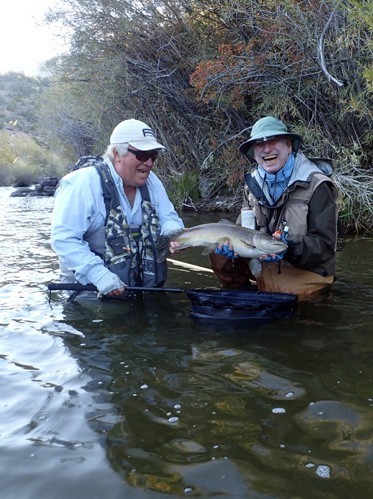 Eric started fishing at the ripe old age of five and tells the story of how he became a devout catch-and-release angler. It seems after first having to convince his father who “hates fish” to even take him fishing, and then spending three hours of fruitless work to catch his first fish, a “Bluegill”, he turned to his father with tears in his eyes and proclaimed “we have to let it go, it’s so pretty”.

Well, 100,000 stories later, Eric (AKA Otis or Otie or O) continues his “hard” work as a guide and one of the experts there to help you in the shop as well as being in charge of the fly selection ,that is when not working as a bartender at Angel’s Restaurant. When does he sleep? Nobody Knows. Raised in Marin County, North of San Francisco, Eric moved to Mammoth in 1979 for the “Big four” fishing, climbing, backpacking and skiing. He has been concentrating on fly fishing since 1985 and began guiding in 1991.

He is extremely adept at all types of fly fishing but lately has been working on perfecting deep water techniques on Crowley Lake and finding the hidden spots in the area to give his clients a chance to escape the crowds and enhance their mountain experience. If you’ve ever had the chance to have on a big fish, on dry line, in real shallow water, then you know the true meaning of ”never a dull moment”. Working with, fishing with, or just being around Eric is kind of the same deal. That’s our man Otis! 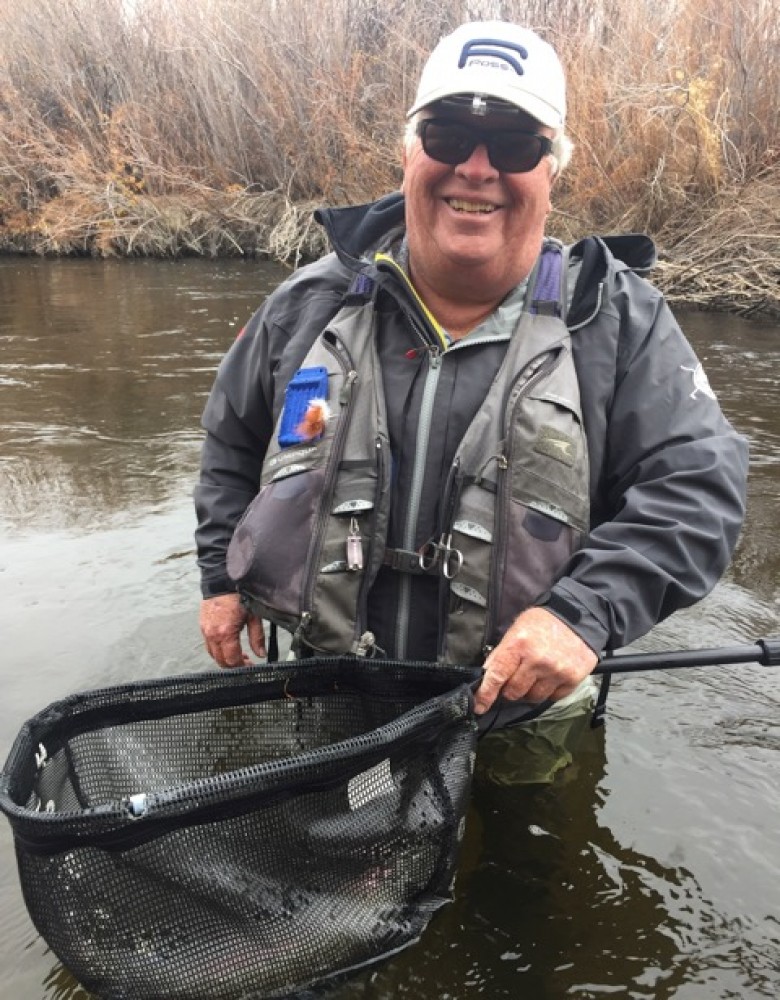 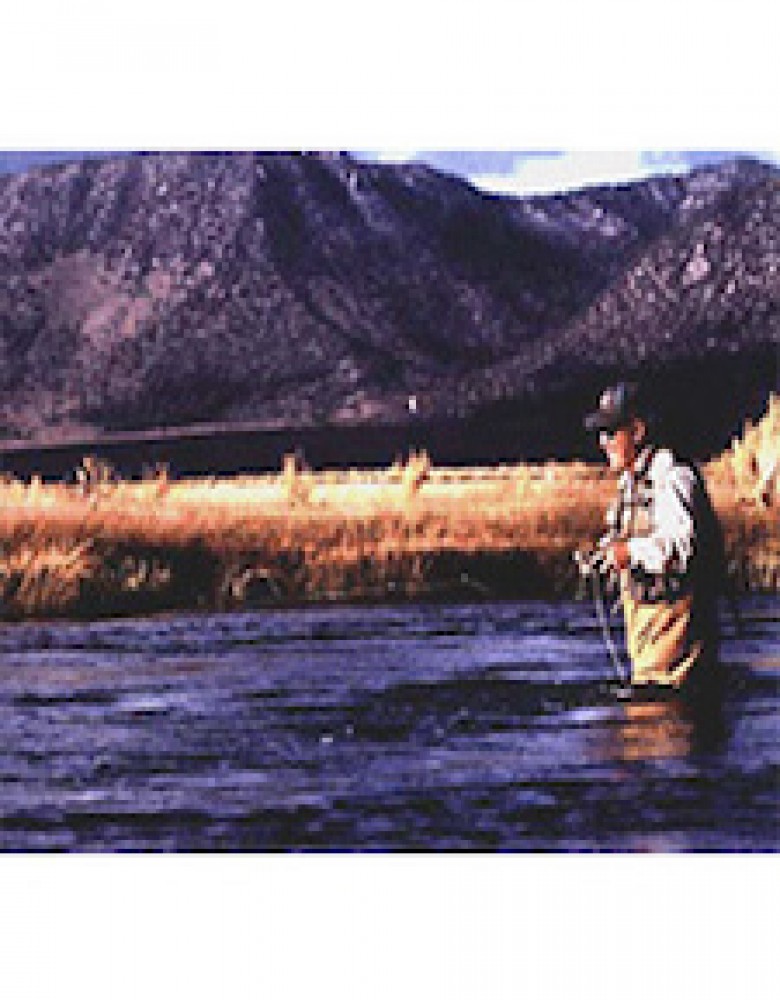